Creston: Throughout downtown Creston, are a total of 10 murals painted on buildings depicting Creston’s history. A walking tour map outlining location of each mural is available from the Visitor Centre.

Nelson: The downtown area features a number of incredible works of art.  Eight murals are recognized in the City of Nelson Public Art Inventory, nine were created during the 2018 Nelson International Mural Festival and nine more murals were done during the 2019 Mural Festival.

Salmo:
A rock project began in 1990 when quarry owner Iris Lamb was looking for a way to rejuvenate stone sales. That was when the Stone Masonry Training Institute opened. Stone murals artist Charlotte Plaindin and student masons used the rock by number technique to place the different coloured stones. Take a short walking tour around Salmo and visit these 6 unique flagstone murals.

Trail:  Trail’s participation in the Communities in Bloom program has led to the painting of numerous colourful murals:  Bowery Mural, Hockey Mural, River Reconnect, Flood Mural, SS Rossland, LeRoi Mine and the Kootenay Hotel Mural. There are also a couple of murals in East Trail: the Wolf’s Den Tattoo Parlour and the Bridge Mural. In Fruitvale, there is an outstanding mural on the side of Liberty Food Store and another on Fruitvale Elementary School. 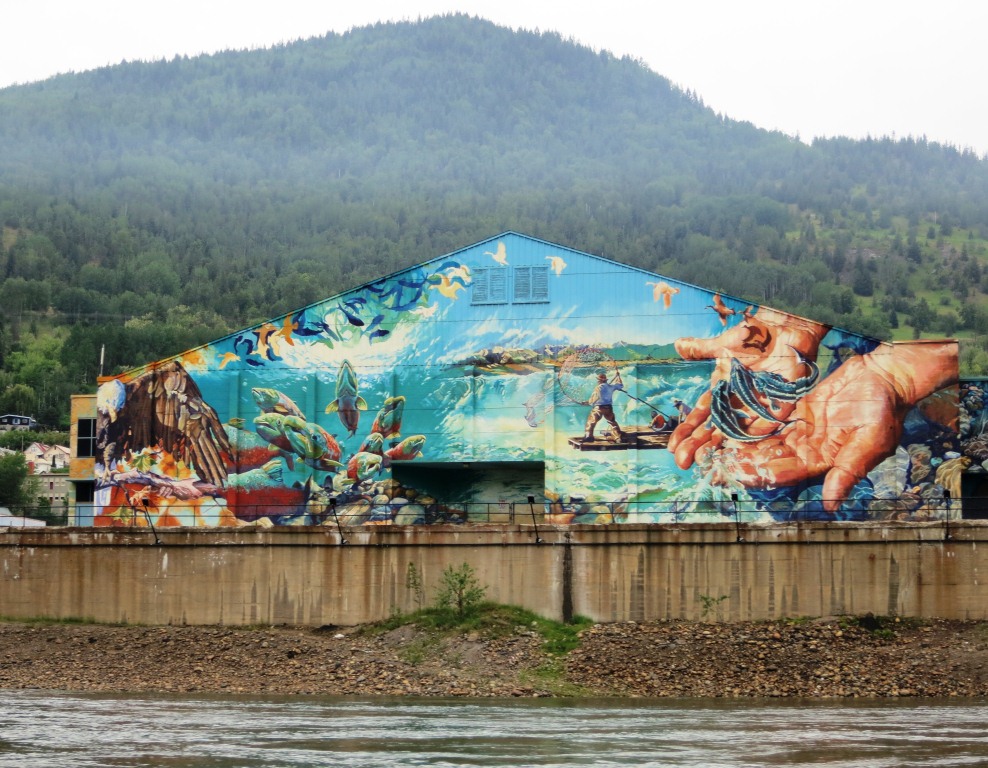 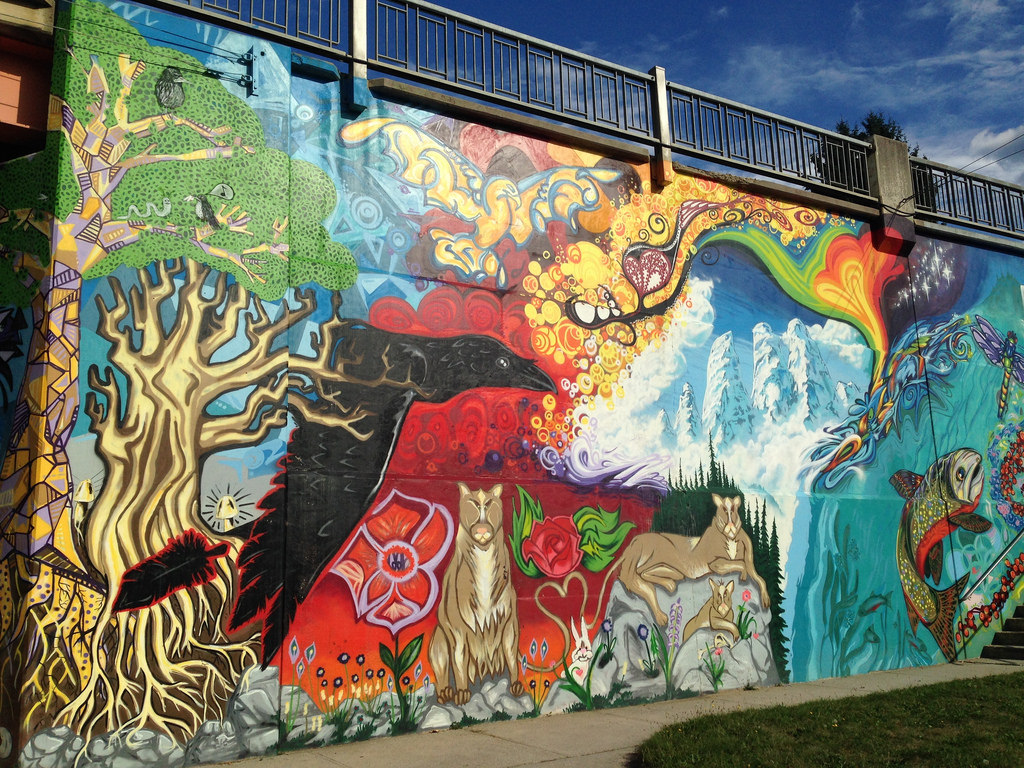 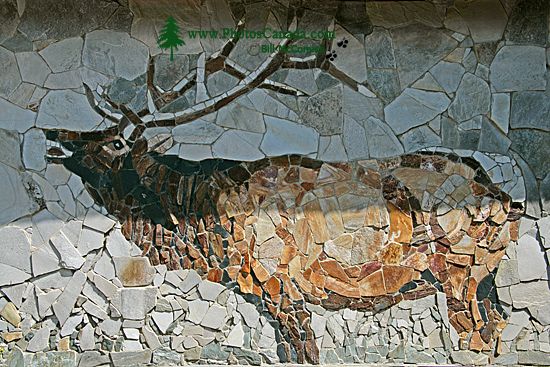 Stone Murals in Salmo near Nelson.