A rail trail is the conversion of a disused railway into a multi-use path, typically for non-motorized use like walking, cycling and sometimes horse riding, snowshoeing and nordic skiing. The characteristics of former tracks flat, long, low gradient, frequently running through historical areas, is perfect for families to discover scenic landscapes with amenities along the way.

CHIEF ISADORE TRAIL
Between Cranbrook & Wardner (43.5 km / 27 mi)
This section of the Trans Canada / Great Trail links Cranbrook to Wardner via the Isadore Canyon.The trail is a packed gravel surface, which is half on old rail grade and half new trail. Trail highlights could include Cranbrook’s Community Forest located just off the Isadore Canyon Trail. And the Wardner Provincial Park is a lovely day-use park on the river bank within Wardner.

GREAT NORTHERN RAIL TRAIL
Between Salmo & Nelson (48 km / 30 mi)
Please note:
March 20, 2021 Advisory: Nelson-Salmo Great Northern Trail, between Wildhorse Creed Road & Wesco Road, is missing due to run off and is unstable and therefore will not be rebuilt. The best section of the trail is Ymir to Salmo and Nelson to Cottonwood Lake. Between Cottonwood and Ymir, the trail is not maintained by crew/volunteers. It is suggested that riders travel Highway 6 south to Ymir to access the trail again.
June 2, 2020 Advisory: Nelson-Salmo Great Northern Trail between Wildhorse Creed Road & Wesco Road, closed indefinitely due to flooding of the Salmo River has washed out this portion of the trail.
In the early days, the rail line formed an important connection for the West Kootenay mining towns, allowing efficient shipping of their rich ores to the US.  Passenger traffic also flowed between Nelson and Spokane from 1893 to 1941. All train traffic into the region ceased in 1989. In 1998, the rails and ties were removed. A part of the TransCanada Trail system, the Great Northern Rail Trail is a multi-use recreation trail suitable for hiking, mountain biking, horseback riding and cross-country skiing. The trail’s gravel surface improves north of Ymir, where motor vehicles are prohibited.

NAKUSP to ROSEBERY TRAIL
Formerly the railway for the NAKUSP Line, the 46 km (29 mi) trail climbs gently from Nakusp to Summit Lake hill and then descends to Rosebery, where it connects with the Galena Trail: A 13km (8mi) section of old CPR (Nakusp & Slocan Railway) rail right-of-way trail between Rosebery and Three Forks. This trail includes an extraordinary cable-car ride over Carpenter Creek and is excellent for hiking, biking, cross-country skiing and snowshoeing.

From New Denver, you may continue to Sandon on the K&S (Kaslo & Sandon) RAIL TRAIL.  Allow for some extra time to explore the trail around Sandon and the old mining sites until you reach Zincton and Bear Lake.  At this point, if you’d like to connect with the Kaslo River Trailway which would take you to the village of Kaslo, it would involve an approximate 12 km ride alongside Hwy 3A.  The Kaslo River Trail is lovely with a covered pedestrian bridge with spectacular views. There is a plan to connect these two trails.
June 2021 Advisory for the Galena Trail:
The cable-car is currently closed for repair.

NORTHSTAR RAIL to TRAIL
Between Kimberley & Cranbrook (28 km / 17 mi)
This trail is nestled between the Purcell and Rocky Mountains. The area is naturally and beautifully dotted with forests and grasslands.  The trail is part of the TransCanada Trail, it is paved and very popular for cycling, walking, strollers, skateboarding, inline skates and cross-country skiing.

SLOCAN VALLEY RAIL TRAIL
Between Slocan & Crescent Valley (50 km / 31 mi)
The Slocan Valley Rail Trail covers approximately 50 km (31 mi) between the Village of Slocan and Slocan Highway Junction 3A & 6. It winds gently through one of the most beautiful river valleys in British Columbia, this trail offers easy access to breathtaking scenery while it follows the contours of the Slocan River. The trail makes its way between Slocan Lake in the north and the Kootenay River in the south. 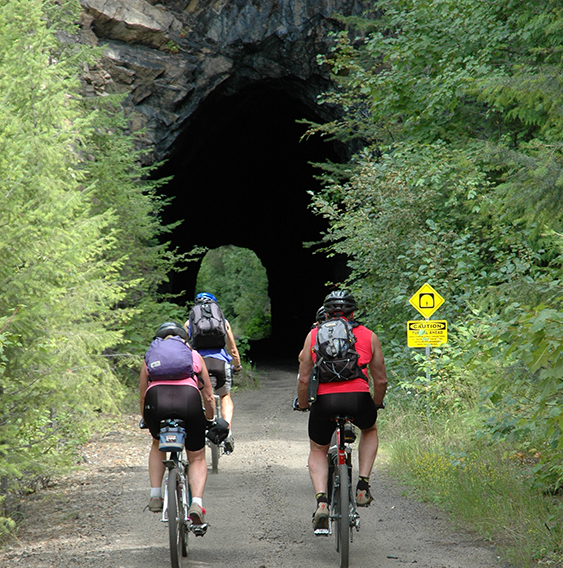 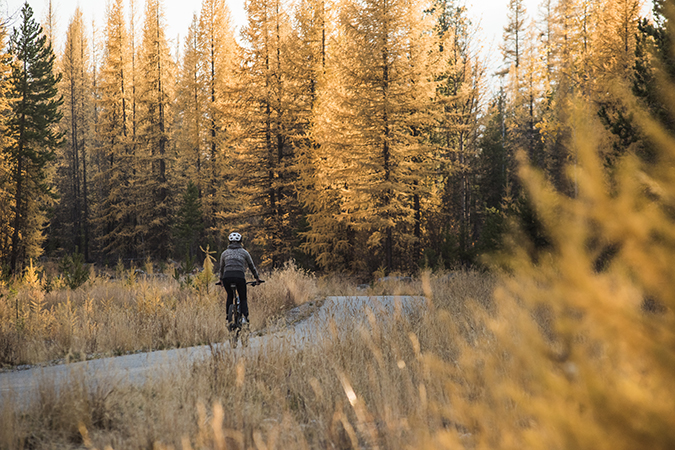 NorthStar Rails to Trails in the fall. 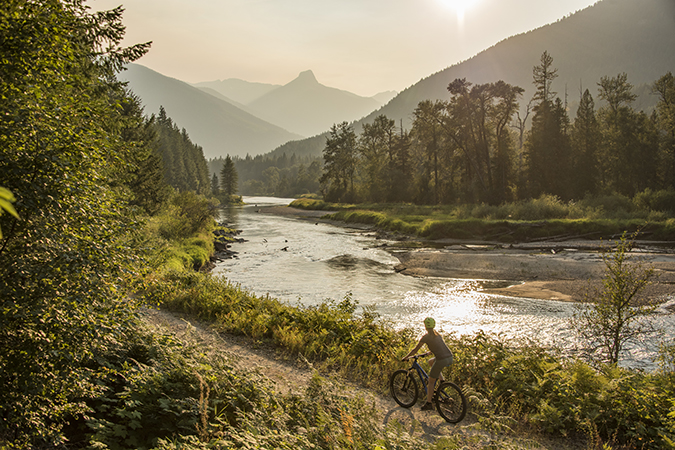