Meet Steve Tersmette. A true Kootenay explorer and adventurer that we featured as our GuestGrammer for February, 2018. Does he have a story for you! In 2017, Steve and longtime climbing partner, Shawn Emmett, tested the limits and spend 24 days traversing a travel distance of 271km through the Purcell Mountains from Dewar Creek near Kimberley, BC to the TransCanada at Rogers Pass. This is his story...

"There are fewer and fewer opportunities in this world to enjoy a true wilderness experience. Our population is growing as are people’s interests in outdoor recreation, travel and adventure. With the vast amounts of information, guidebooks and beta available, it is harder to find new areas to explore. As it happens, we found an epic right in our own backyard.

The Purcells and Selkirks have long played bridesmaid to the Rockies, especially with the presence of the national and provincial parks where trail access and backcountry development are world class. The Rockies have been explored heavily and attract outdoor enthusiasts from all over the world while the Interior ranges of BC are lesser known and less travelled. When I relocated to Kimberley in 2006, I was blown away by how wild and rugged the Purcells were, having spent very little time in them previously. Not long after moving here, I read about a group of friends who set out to hike from near Kimberley to Rogers Pass. They would eventually complete the trip in a few stages by hiking and skiing the nearly 300km between the two points. 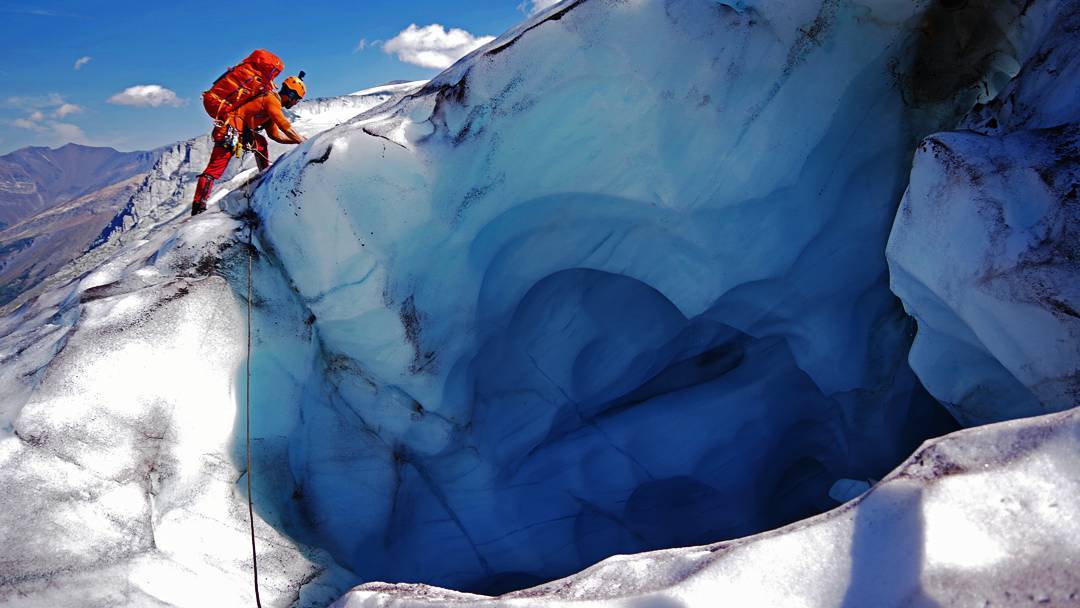 Some challenges being presented while belaying down a glacier. Photo by Steve Tersmette

I was hooked on the idea. It was an expedition that could be taken right in our own backyard. It was well within the wheelhouse for our skillset, logistics and financing. And, it would be incredibly wild. For nearly a decade I was consumed by this project but was missing one key ingredient. My good friend and climbing partner, Shawn Emmett, jumped on board nearly three years ago: the missing piece of my puzzle. From that point we researched, plotted and adjusted a potential route that would travel high along the peaks, glaciers and ridges of the Purcell Divide, a nearly month-long trip that would take us from Dewar Creek near Kimberley to Rogers Pass, Northwest of Golden.

On August 25, 2017, the two of us set out from the Southern boundary of the Purcell Wilderness Conservancy, weighed down by nearly sixty pounds each of climbing gear, ropes, clothes, food, accommodation and camera gear but fueled by enthusiasm, passion and couscous. The first leg of the journey was a punishing, yet rewarding seven days through the immense wilderness conservancy, travelling through an unbelievable mix of terrain including high peaks, glaciers and a soul-crushing brush with the infamous BC alder. When we emerged from the conservancy we had lost and broken both our hiking poles, soles had come off one of my boots and my backpack was damaged, and I had kicked my camera off a cliff. Shawn had trench foot and we had fallen a full day behind.

In spite of the delay, we decided on a rest day to allow Shawn’s feet to heal. We started up the Jumbo Creek on day nine. Unfortunately, our luck was not improving. I was suffering horribly from a certain water born illness and was sacrificing precious calories far faster than I could take them in. Day nine also saw the BC Wildfire Service announce a closure of the backcountry and we were all but certain that our trip had come to an end. 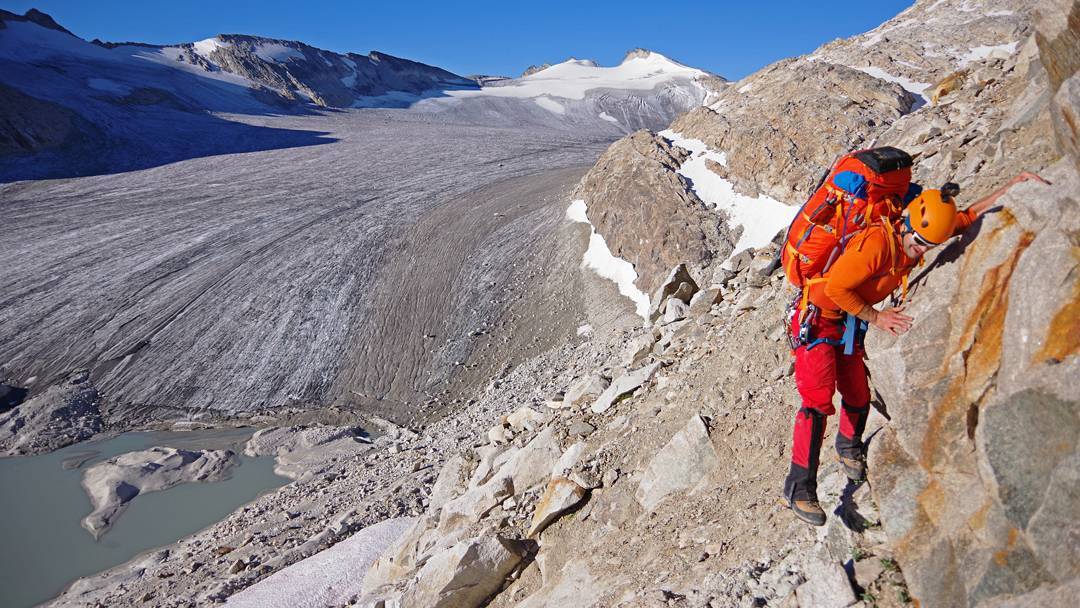 Climber, Shawn Emmett, clings to a massive slope high above a glacier north of Duchess Peak in the Purcell Wilderness Conservancy. Photo by Steve Tersmette

In a surprising twist of good fortune, we were able to establish communication with the Wildfire Service and through our satellite messenger, were granted permission to continue North amid the shutdown. Over the next few days, my physical state had improved although it was a much thinner version of my former self which would go on to complete the trip. We reached the Bugaboos on day thirteen after a couple more close encounters with the bush and collected our second food cache from the good folks at the CMH Bugaboos Lodge.

Up to this point, we had been blessed with fairly flawless, albeit smoky, weather. As we travelled North of Bugaboo Provincial Park and the infamous granite spires, the big summer high-pressure system waved ‘so long’, paving the way for an enthusiastic performance by mother nature. After spending a fortunate rain day under the shelter of the Malloy Igloo, a fibreglass dome alpine shelter, rather then our tent, the skies cleared taking the smoke along with it. With colder but clear skies, we proceeded North of the Conrad Icefield into the jagged Northern Purcells. One last scrap with the alder took us high into some of more remote parts of the range and on to our final food drop in McMurdo Creek. 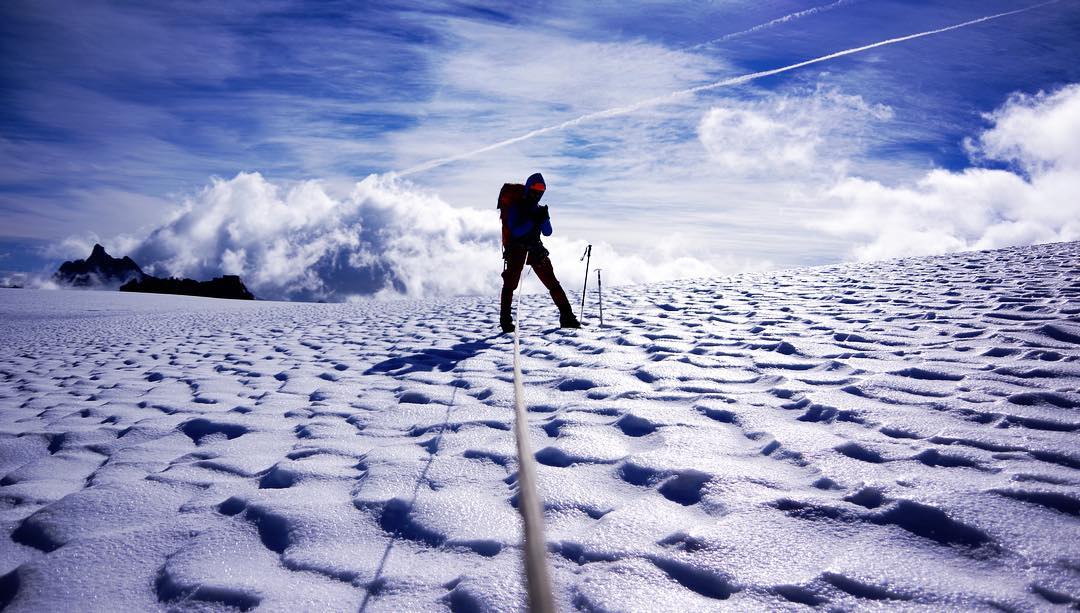 For the first time throughout the trip we were optimistic that we could finish, with only four days remaining. We straddled the divide once more with the Selkirks to the West, towering above the Duncan and Beaver Rivers. We finally descended back into the valley and the roar of the TransCanada highway greeted us back to civilization. Twenty-four days after setting out, Shawn and I stepped out of the trees and onto the highway, tainted by the stink of nearly a month in the mountains, but satisfied that we accomplished what we set out to do.

Over the course of our expedition, we scaled some of the most remote peaks in the Purcell mountains, some having gone decades without seeing another party on their summits. We crossed nineteen glaciers; massive expanses of snow and ice which make up the headwaters of the streams and rivers that feed our communities. We forded countless creeks and streams, fought our way through the thickest alder we had ever encountered, picked our way through some of the loosest rock we had ever seen, however, in spite of everything the mountains threw at us, we experienced the wildest mountain adventure in either of our lifetimes. 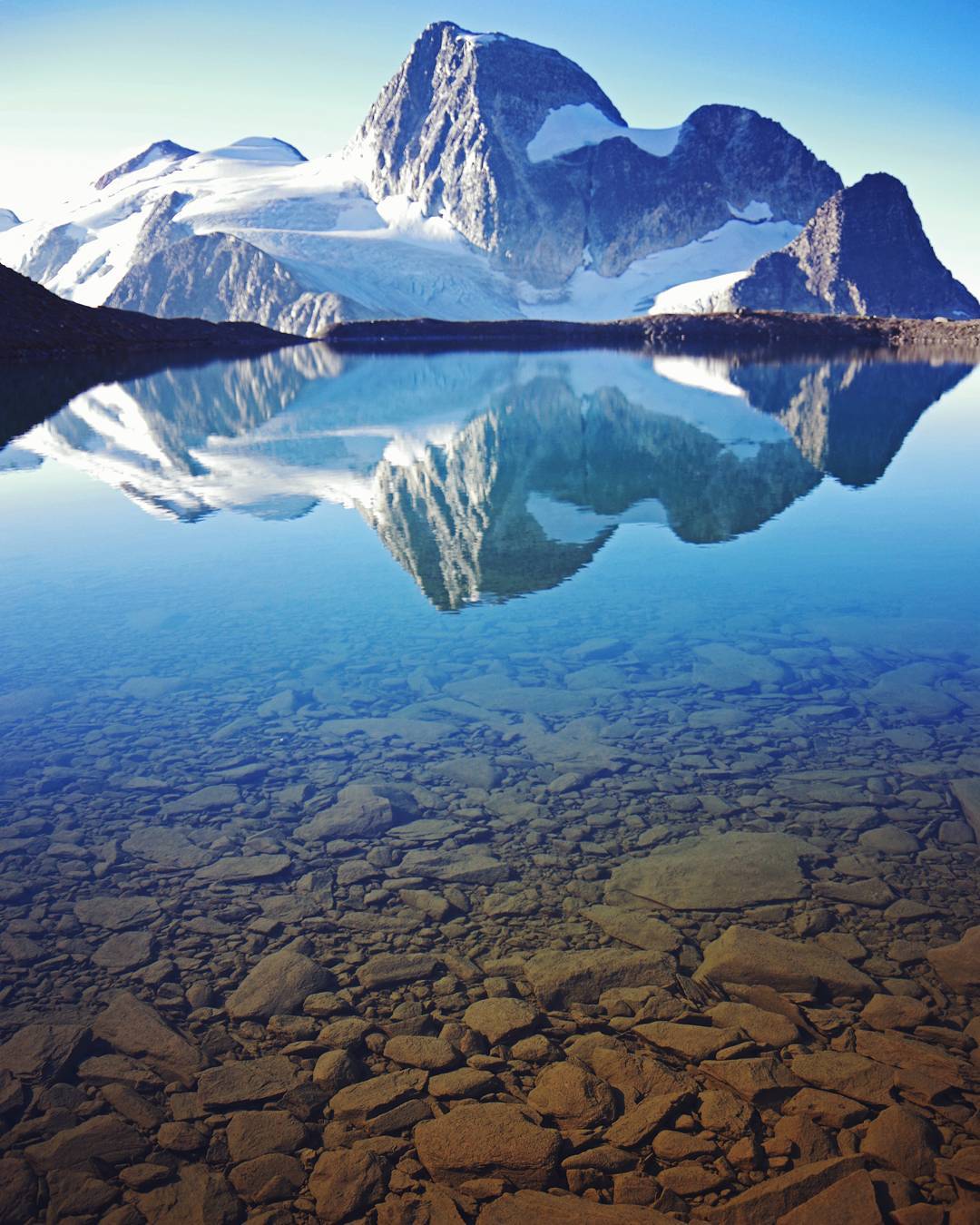 Nearing the completion of the successful traverse of the Purcell Mountains. Photo by Steve Tersmette

One of the biggest takeaways from this trip is the importance of conserving and protecting outdoor and mountain spaces. We’re blessed with great expanses of crown land, however much of it could very well be opened up to logging, resource extraction and other tenures. The Purcell Wilderness Conservancy is a huge area of protected wilderness, nearly 200,000 hectares. Other parks such as the Bugaboos Provincial Park and to some extent, Glacier National Park, also protect areas within the Purcells. It is never too early to start thinking about other ways to conserve and protects our lands for future generations’ enjoyment and exploration."

All words and photos courtesy of Steve Tersmette.

Please tag your images with #KootRocks on Instagram to be featured in future stories. All words and photos courtesy of Steve Tersmette.