Naturalists converge on Golden as a vantage point for wildlife viewing and birdwatching. Anglers fish the rivers and lakes for trophies. Cyclists travel the celebrated Golden Triangle or mountain bike their way over hundreds of miles of alpine trails.

Golden is bordered by six national parks, thereby becoming a bridge to vast wilderness. Golden is the gateway to dozens of backcountry lodges.

The Kicking Horse River is a national favourite with whitewater kayakers and tours of the Columbia River Wetlands offer dramatic scenery with interpretive commentary and incredible birding.

Mountains are drawing cards for world-class climbers. Mount 7 is an internationally acclaimed gliding destination and a premiere choice for the discriminating sightseer.

Golden Golf & Country Club is indeed a gem of a golf course in the Kootenay Rockies. An impressive design, superb mountain views, tumbling creeks and waterfalls are all part of a day at this course.

Golden is also home to Kicking Horse Mountain Resort, The Champagne Powder Capital of Canada and to world-class heli, nordic and backcountry skiing.

With affordable accommodation, a great selection of restaurants and shops, in-town hiking paths and a riverside park, Golden is the ultimate stop for outdoor adventure.

Town of Golden history:
The area that would become Golden was used as a trade and travel route for the first nations Cree and Stoney natives, who came through Howse Pass. In 1807, European explorers LaGassi, LeBlanc and Finlay ventured here and were followed by master map-maker David Thompson. It was yet another 75 years before settlers came to reside here. 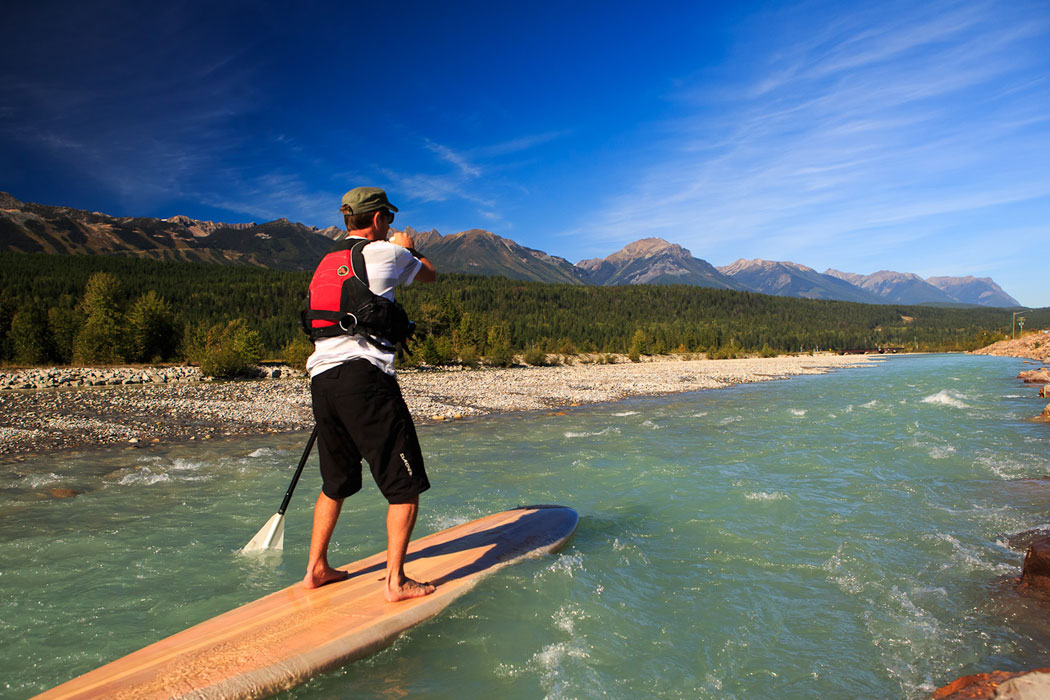 Stand Up Paddle Boarding on the Kicking Horse. 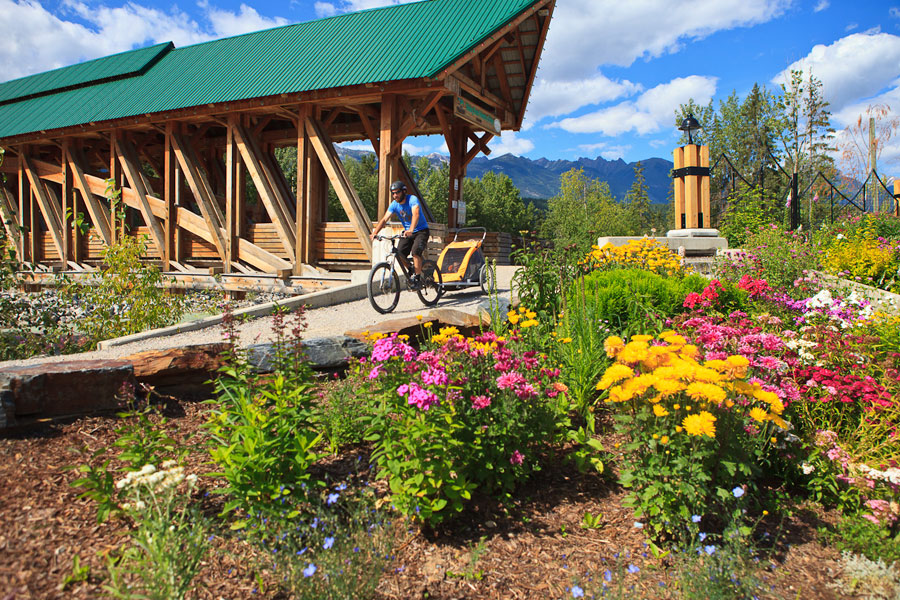 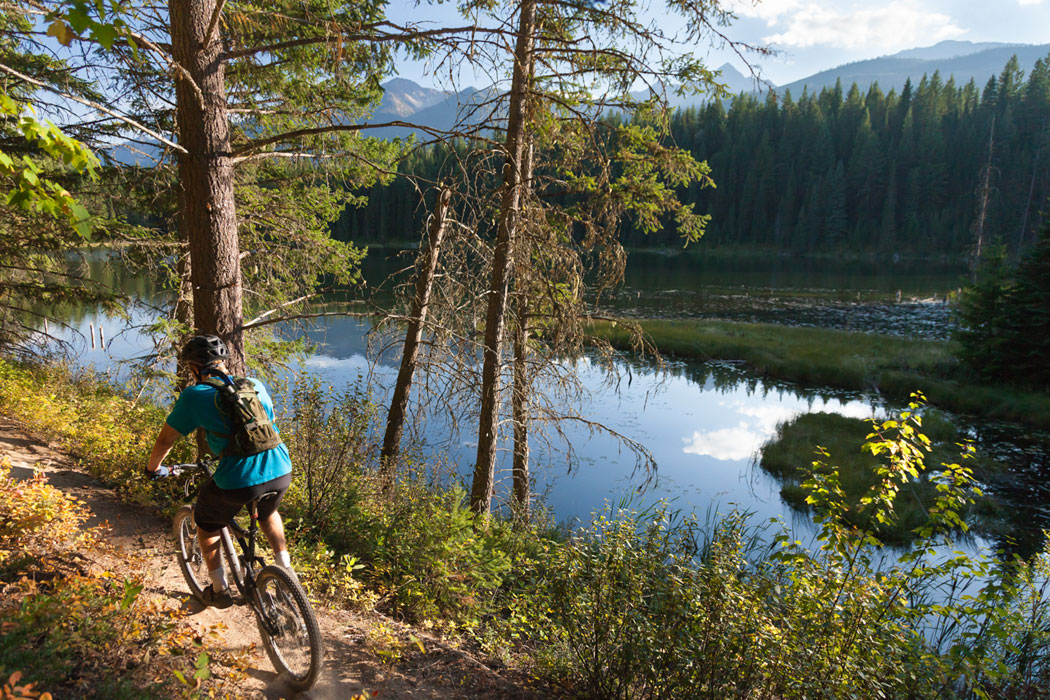 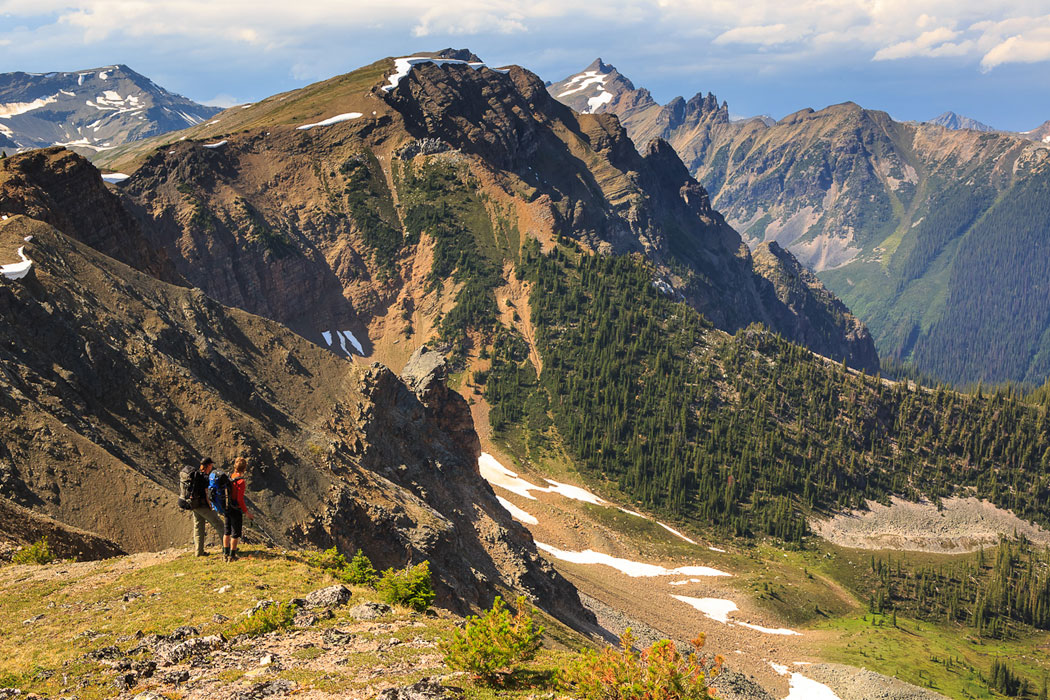 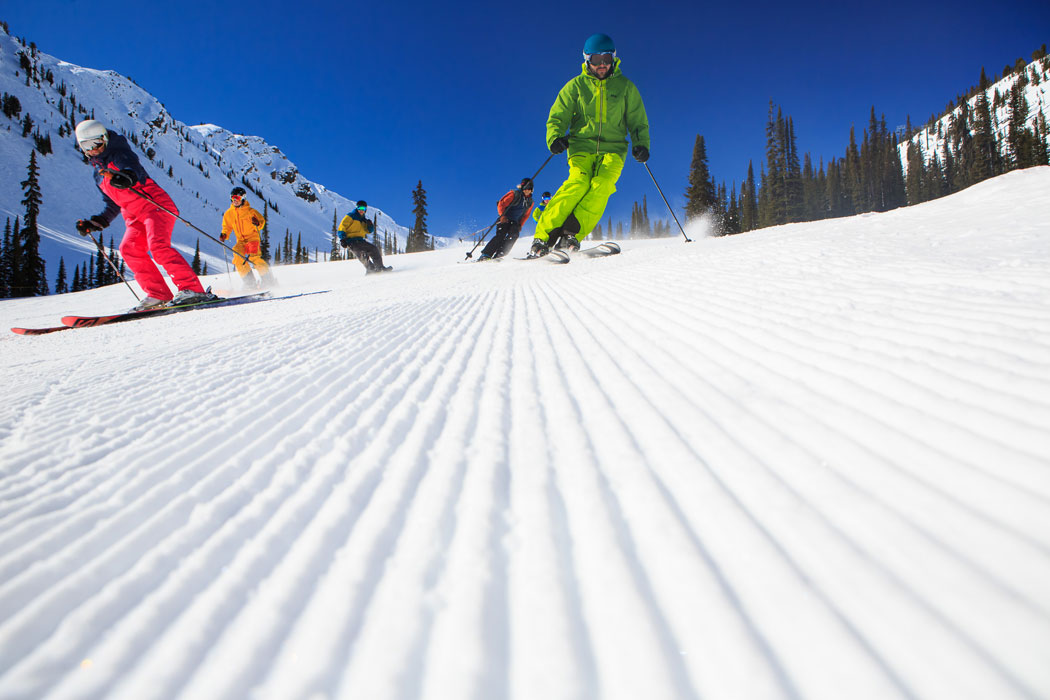