Opened in 2012 by Shawn & Leanne Tegart, Arrowhead Brewing Company is a small craft brewery located in Invermere, in the heart of the Columbia Valley, just three hours from Calgary.

Since opening, they have focused on brewing great craft beer. They consistently have at least 10 brews available, often including 3-4 seasonal beers. Shawn has a knack for coming up with unique beers, such as rhubarb rye-p-a, coffee cream ale, and tequila blueberry hefeweizen. Using the real thing when brewing is a top priority, so you’ll never get a beer with any extracts or flavourings used.

Arrowhead is partnered with some great local companies as well: the coffee comes from Kicking Horse Coffee, and the honey in the honey brown is produced by bees that live in their backyard!

The taproom is as well-crafted as the beers, decorated with a distinct 1950s gas-town theme, filled with mid-century antiques, signage, pin-ups and even a vintage gas pump.

Guests can view the brewing area enclosed behind a custom wall built of vintage windows. The taproom can host up to 50 guests, and serve 5, 10 and 16 ounce pours and flights. To top it off, they’ve got a few light snacks all made by local businesses that use real ingredients.

Looking for beer on the go? Arrowhead Brewing has cans, bomber bottles, one and two-litre growlers and even kegs! The bottles are distributed around BC and Alberta, and you can find Arrowhead beer on tap almost everywhere in the Columbia Valley, and around the East Kootenays. They do have a few selected brews that are only available the brewery, so it’s always worth a stop at Arrowhead.
Check out their website to see what’s on tap, hours and where you can fin Arrowhead Brewing Co. beer. 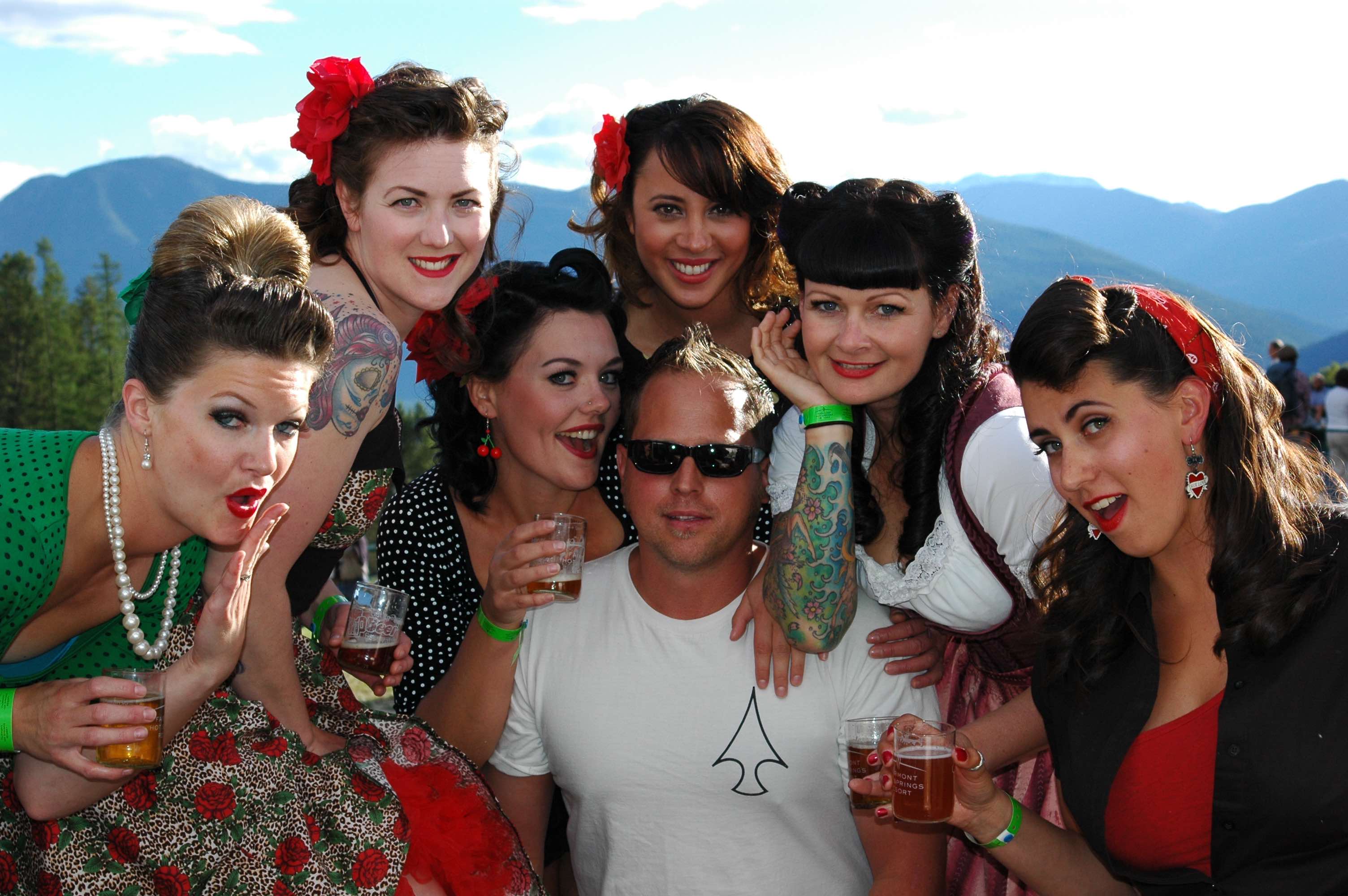 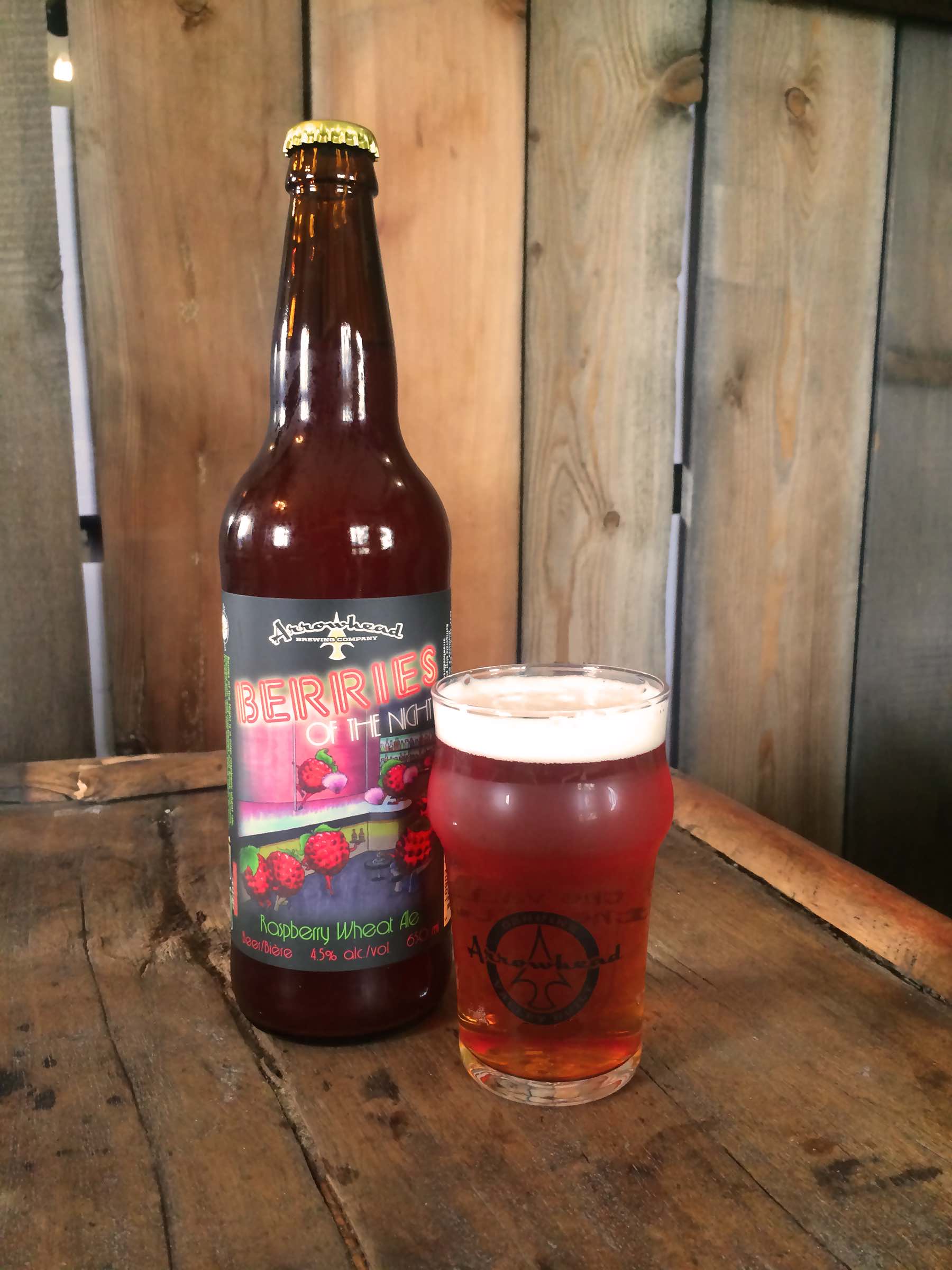 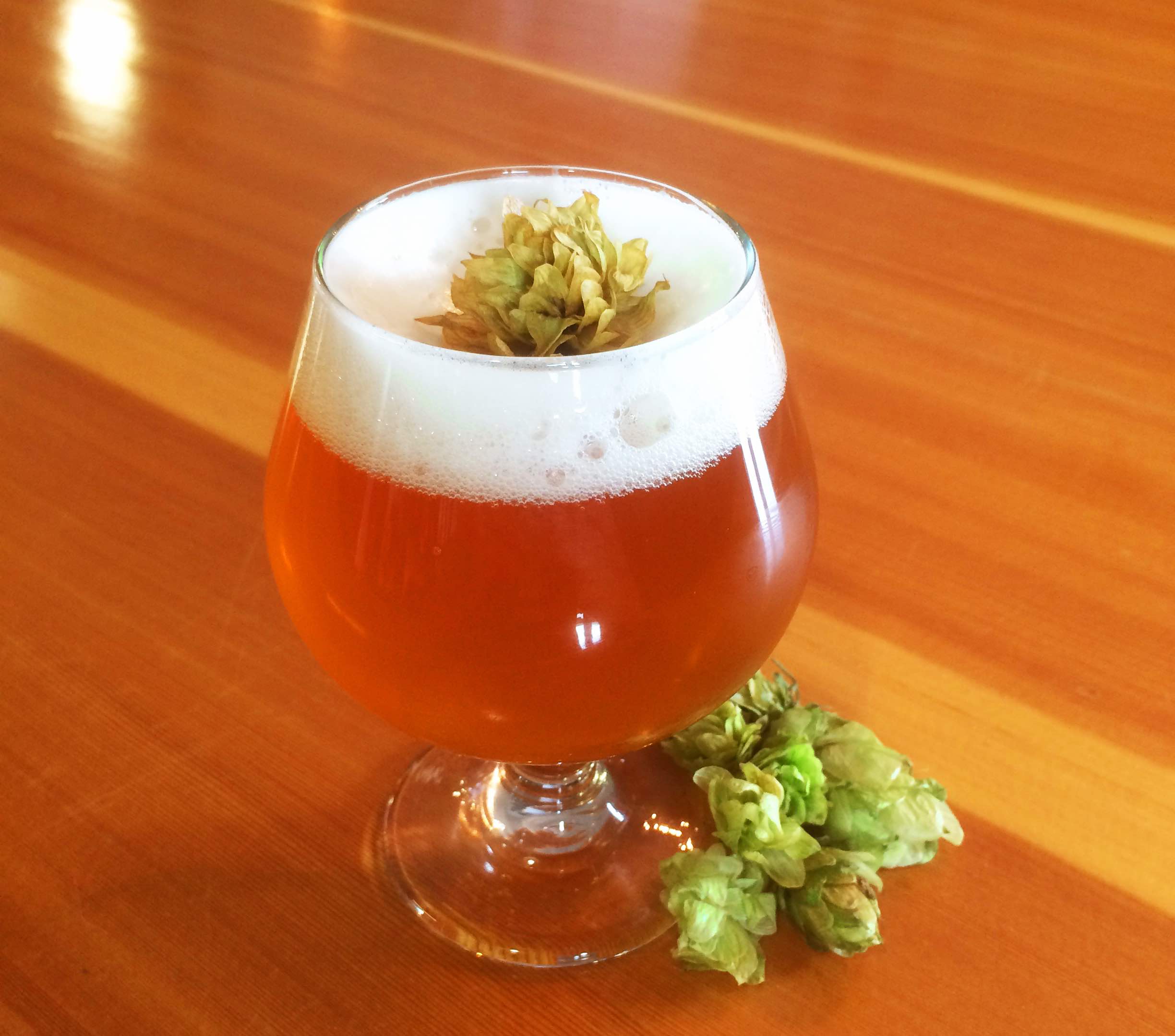 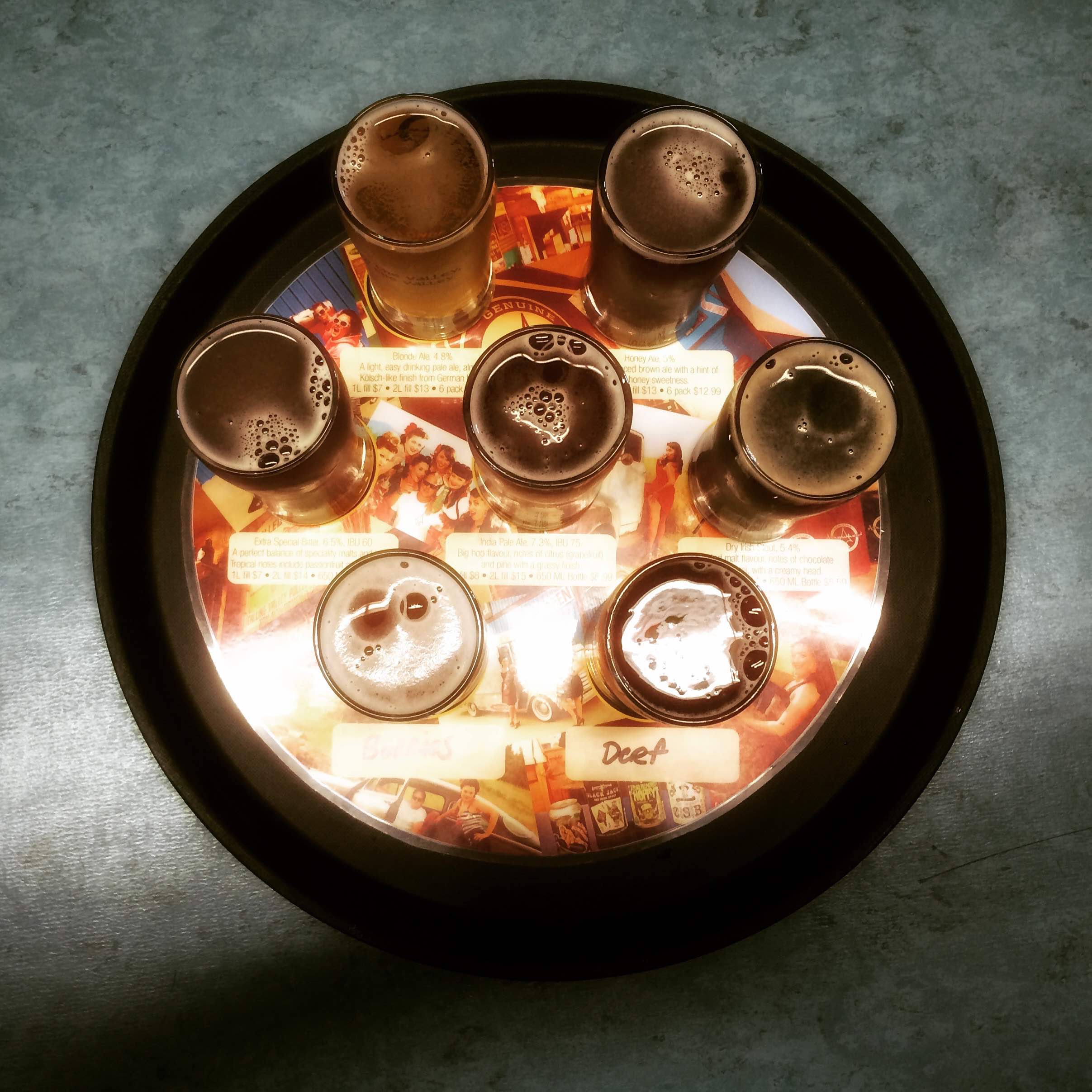 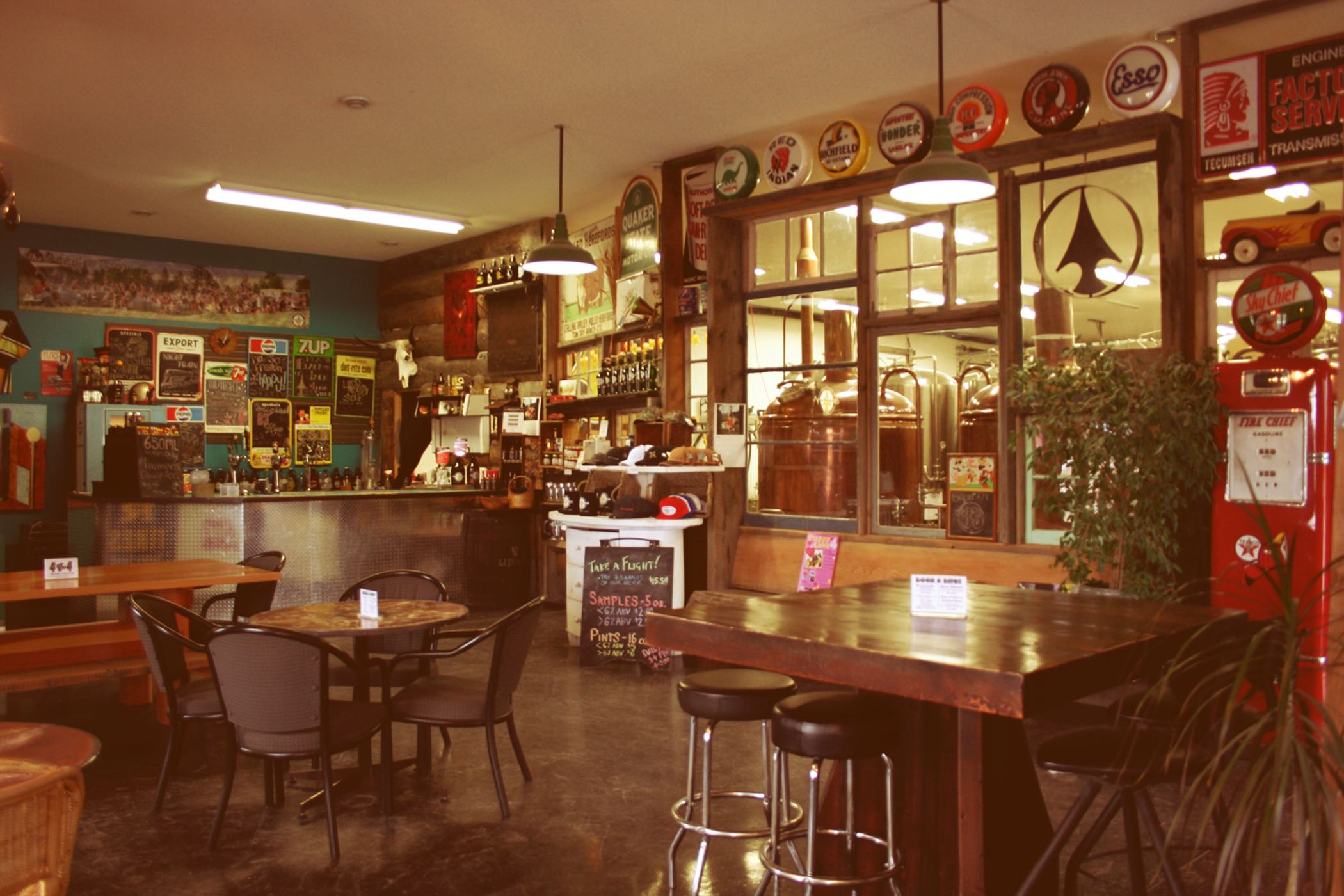