Steeped in history, this region showcases fabulous heritage buildings, many of which have been restored to their original grandeur. Travel through the towns and villages and marvel at these monuments to another era.

Nelson:
Nelson is home to some of the most incredible heritage architecture in British Columbia. These dramatic homes, magnificent buildings and churches reach back to Nelson’s early years, as a silver mining boom town. Pick up a walking and motoring tour guide at the Visitor Centre, to find these historic marvels.

Cranbrook:
The downtown area has historic structures such as the Clock Tower and the Colonel Baker Home (1889) which was built for this railroad city’s founding father. A fine example of Edwardian commercial architecture, the Imperial Bank building (1909) is constructed from brick and sandstone trim. Self-guided tour maps are available from the Visitor Centre and Museum.

Creston:
Sirdar General Store
This heritage building has always operated as a store, but once also housed a 6-room hotel on the second floor. A piano from 1894 is still in the building. The Post Office, located in the store, celebrated 100 years of service in 2000. Postmaster Shannon Nickisch is a descendant of the founding family. Stop and enjoy a bit of history, browse through the local handicrafts and mail your postcards.

Fernie:
Fernie’s heritage inventory includes its Courthouse (1911), City Hall (1905) and the Old Post Office (1908) which following a recent renovation, is the new home of the Public Library. The Leroux Mansion (1912) is a fine example of late Victorian Gothic architecture. Discover these and others in the downtown centre.

Gray Creek:
The tiny community of Gray Creek, located on the east shore of Kootenay Lake, is famous for its lost gold boulder. A log heritage building was built of hand hewn cedar logs in 1912 as a school and meeting place, and is today used as the Community Hall. And, Kootenay Lake’s oldest and largest general store, the Gray Creek Store, has been in operation by the same family since 1913. Here you’ll find everything you can think of including a stock of unique wood burning stoves.
Ph:1-250-227-9315
Email: GCS@graycreekstore.com

Revelstoke:
The City of Revelstoke is rich in history. Revelstoke’s downtown revitalization project has restored over 2 dozen heritage buildings from the Victorian era to their original splendour.

Rossland:
Gold lured prospectors and entrepreneurs to Rossland where ‘Western False Fronts’ architecture reflected the spontaneity of the boom town. The designated 30 heritage buildings are made of brick, stone or granite – most constructed before 1929. Walking tour maps available at Visitor Centre or downtown Chamber office.

Salmo:
The Salmo Hotel was built in 1912 and restored to its original splendour in 1981. Salmo also boasts the world’s largest penny and the world’s oldest phone booth. This phone booth was carved out of the trunk of a grand old cedar tree that is approximately 500 years old.

Wilmer:
In the late 1890’s, the City of Wilmer (near Invermere), was a booming mining town and a few of the buildings are still standing today. They include the Delphine Lodge (1899), the Presbyterian Church (now a private residence and the Bank of Montreal. For a history lesson on the community, swing by the Delphine Lodge.

Windermere:
St Peter’s Stolen Church, Kootenay Street.
Built in 1887, in the railway community of Donald, this was the first church in the BC interior east of Kamloops. At the turn of the century, CPR changed the railway divisional point to Revelstoke. Most residents moved their homes and commercial buildings, but when they went to move the church, it was gone. A local couple had dismantled the church and moved it by barge to Windermere, where it was rebuilt and still stands today. 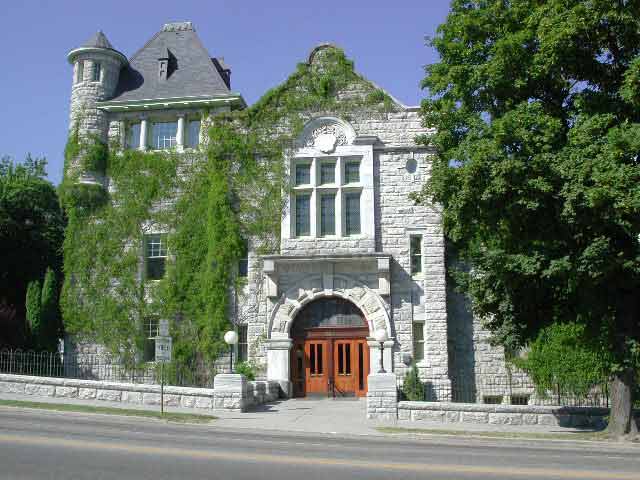 A Heritage Building on Baker Street in Nelson. 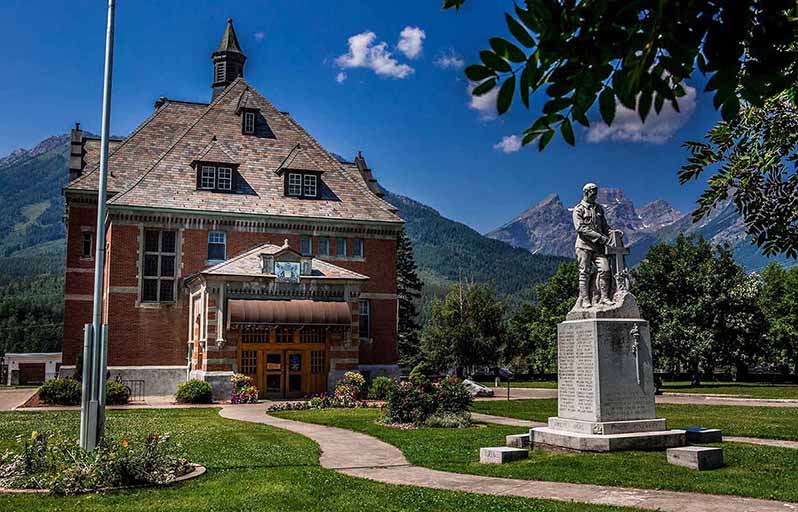 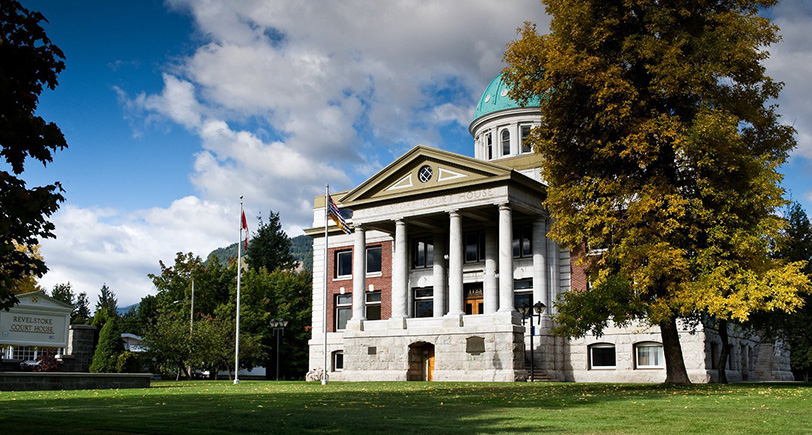 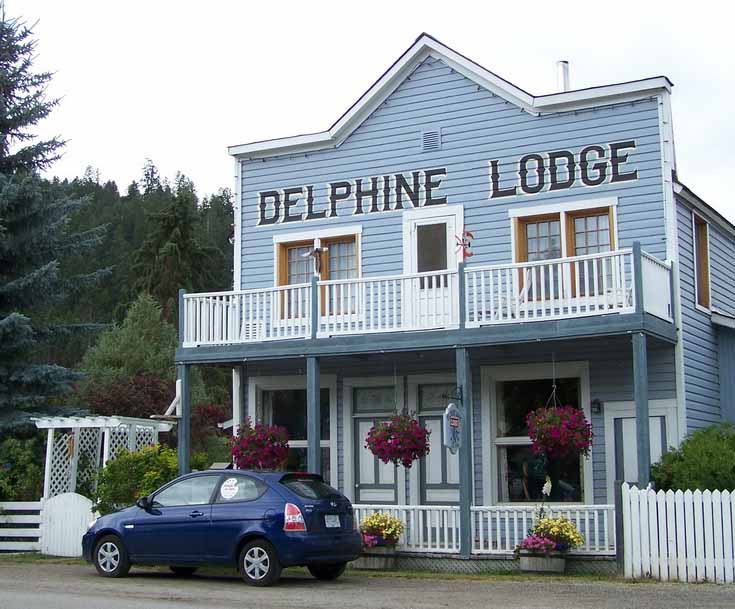