The 32,035 hectare, Kokanee Glacier Park is a rugged wilderness area of the Selkirk Mountains between Slocan and Kootenay Lakes, near the communities of Nelson and Slocan.

Established in 1922, this park is one of the oldest in the province. Lying mostly above 1,800 metres (5,940 ft) in elevation, the park has three glaciers: Kokanee, Caribou and Woodbury which feed over 30 lakes and are the headwaters of many creeks.

Many of the park’s trails were originally built for miners hauling ore and supplies. Today we can marvel at the tenacity of those prospectors clinging to steep rock faces throughout the park while trying to scratch a living from their mining claim.

The park contains most of the range for several grizzly bears and further protection of significant grizzly bear habitat was the main reason for the expansion of the park in 1995. Separation of people and grizzly bears for the safety of both is an important management objective. To protect the bear, areas such as the Coffee Creek drainage have no development and use is discouraged. Other trails are carefully designed to avoid bear habitat or closed annually when bears are known to be feeding on ripe berries nearby.

How to get to Kokanee Glacier Park

There are five access roads leading to the start of trails into the central area of the park. These roads may not be suitable for low clearance vehicles. For a current trail and road report, please link here.

There is a fee for camping and cabin use in Kokanee Glacier Park. Three cabins are available: Kokanee Glacier, Woodbury and Silver Spray. There are 30 wilderness, walk-in campsites in the park, but no facilities are provided.

In the Selkirk Mountains

between Slocan and Kootenay Lakes, BC 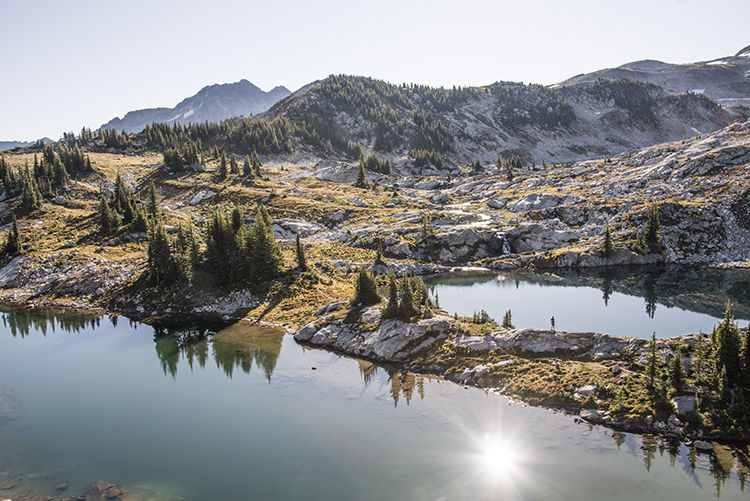