At 3,618 metres (11,939 ft), Mount Assiniboine bears a striking resemblance to the Matterhorn in Switzerland. Upon the urging of the Alpine Club of Canada, British Columbia set aside 5,120 hectares of the area on February 6, 1922 as Mount Assiniboine Provincial Park. In 1973, the park was increased seven-fold to its present size of 38,600 hectares.

Wilderness scenery in the park is as beautiful as any in the Canadian Rockies – jagged peaks, shimmering lakes, glistening glaciers and sun-dappled alpine meadows. A score of peaks in the park exceed 2,700 metres (8,910 ft). Mount Assiniboine, Mount Magog, Mount Sturdee, The Marshall and Lunette Peak all touch or exceed 3,100 metres (10,230 ft). No point in the park is below 1,500 metres (4,950 ft).

Lakes dot the park. The largest, Lake Magog, lies at the northern foot of Mount Assiniboine.

No roads penetrate this unspoiled wilderness, with trails providing the only land access. Camping, hiking, mountain climbing and viewing spectacular mountain scenery are the main activities here, as well as fishing, horseback riding and ski touring in the winter. Accommodation available at Assiniboine Lodge.

The southern boundary follows the height of land above Daer Creek and Extension Creek from Kootenay National Park to the Mitchell River, then easterly to Banff National Park and the Continental Divide.

W of the BC/AB border 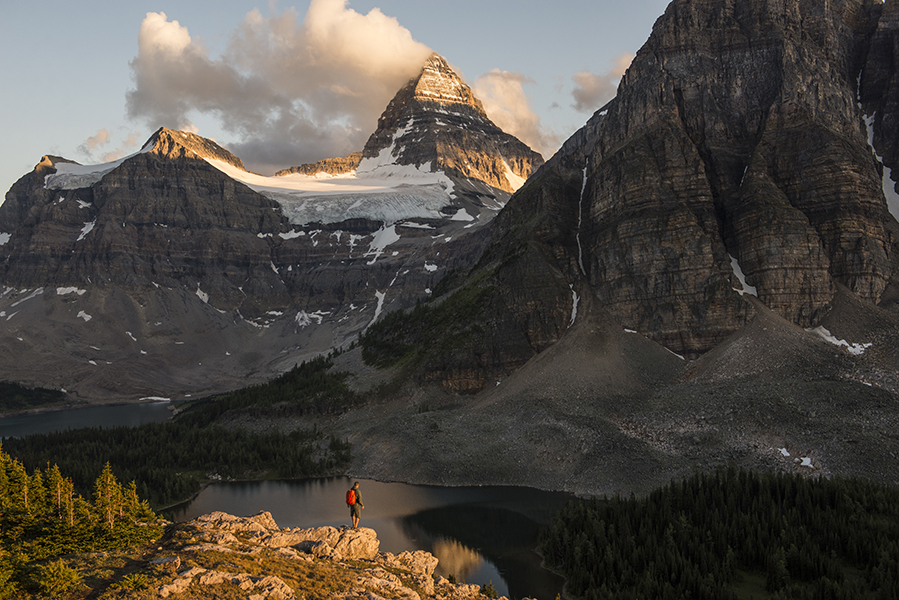 Views of Magog and Sunburst Lakes. 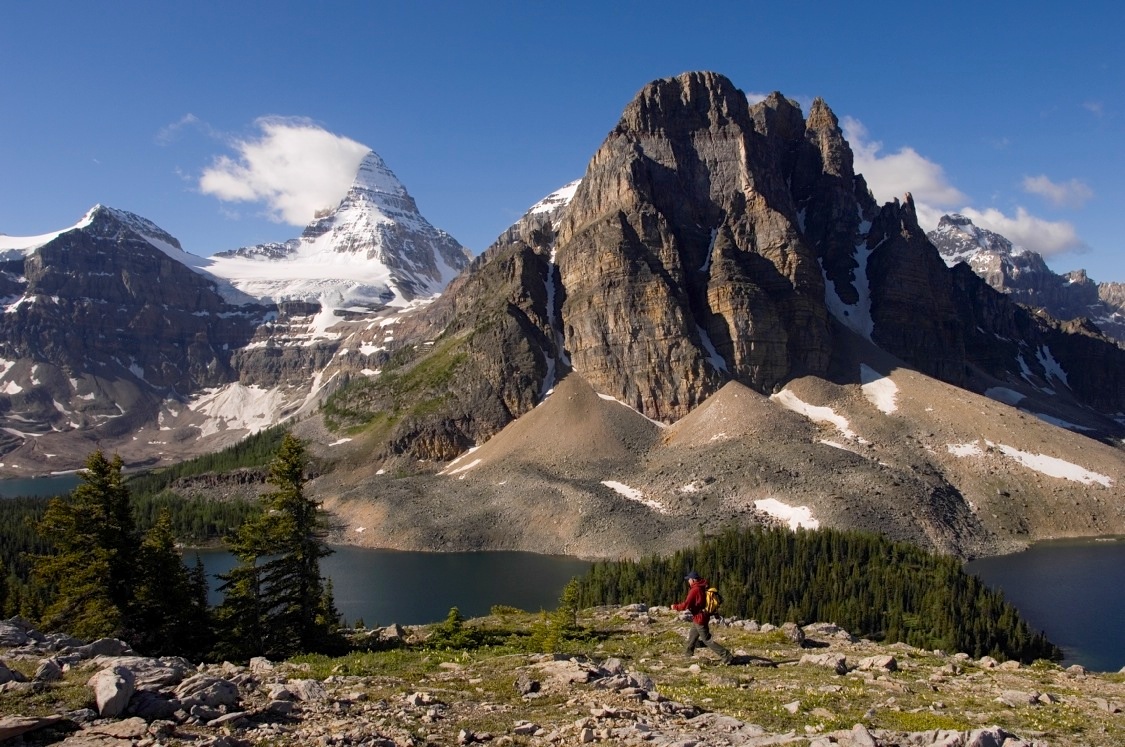