Once the capital of the Silvery Slocan, Sandon was the focus of world-wide attention. In the 1890s, Sandon sprang into existence as Canada’s richest silver mining community with a population of approximately 5,000 with 85 brothels, 29 hotels, 28 saloons, banks, 3 breweries, 2 railways and dozens of stores and businesses.

Sandon’s demise started in 1899 with a series of labour problems, a devastating downtown fire, declining metal prices and the exhaustion of several major mines.

CPR Steam Train Exhibit
In Sandon, adjacent to the City Hall, is where you may view this massive steam engine and vintage freight cars dating from 1908. This artifact once operated on the Sandon line which had the steepest mainline grade in all of Canada.

Historic Silvermith Generating Station
Visit Canada’s oldest continuously operating hydroelectric station dating back to 1897 and still producing electricity and compressed air for the Slocan Star and Silversmith Mines, it now feeds the Western Grid. Great interpretation and much vintage equipment on display. Open daily during the summer; rest of the year by appointment. 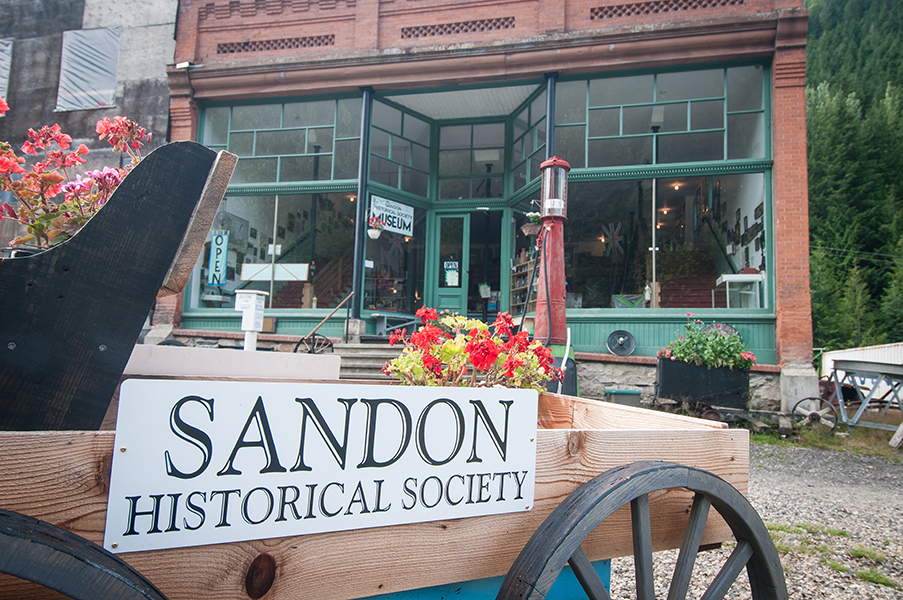