The small settlement of Craigellachie is a historic site, famous for the point where the last spike on Canada’s first trans-continental railway was driven joining the western part of the Canadian Pacific Railway, built from the Pacific, to the segment built from the east.

Donald Smith, Lord Strathcona, a director of the CPR drove the last spike on November 7, 1885. The town is named for a prominent crag in Morayshire, Scotland.

A plaque and display commemorates the driving of the last spike to complete Canada’s transcontinental railroad located on the south side of Highway 1. 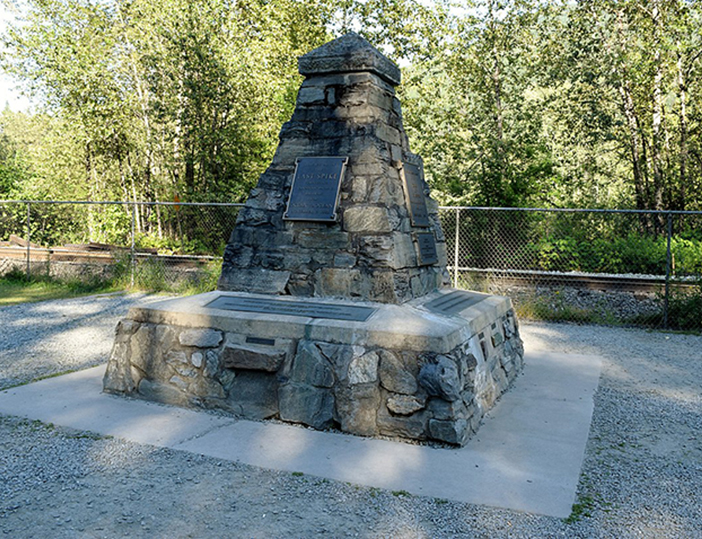