Luxury, spacious guest rooms with spectacular lake and mountain views. While having the heritage character of Kaslo village, it is a completely new and modern property. On-site electric vehicle charging station.

Pub and licensed family dining.
The Kaslo Hotel’s Pub is open daily. It has a relaxed and comfortable environment with stunning views of Kootenay Lake. They have a wide selection of local and imported beers. They offer a creative menu of soups, salads, burgers, fish and chips, chicken entrees and vegetarian dishes.

History
Built in 1896, the original hotel was considered very grand for its time.  Kaslo was a bustling community of 5,000 residents with gold, silver and lead mining. Over the years, the busy mining and logging industries declined. The hotel feel into disrepair and closed in the 1920s. It was utilized from 1942 to 1945 as accommodation for Japanese-Canadian internees being relocated from western BC. The hotel burned and was razed in 1950. A new Kaslo Hotel was constructed and opened in 1958. The hotel was closed for extensive renovation in 2006, and opened again to guests in early 2009. 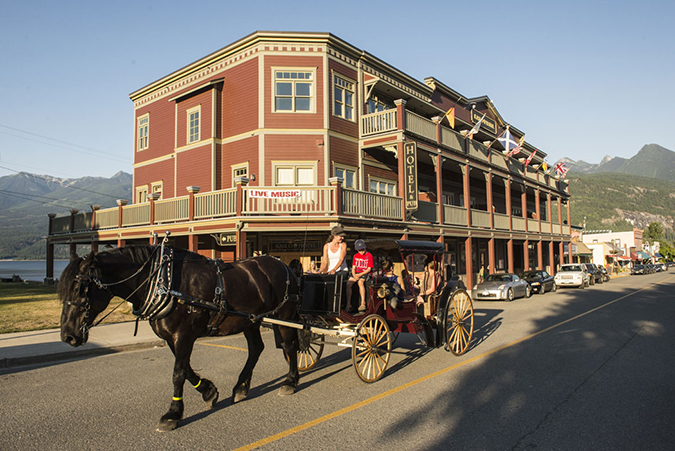