The Kaslo Motel consists of 8 motel rooms, 5 cabins and 4 units (share a wall with another room).

Kitchen facilities vary; some have full ovens and some only stove tops. Rooms that do not have kitchens include coffee maker and refrigerator.

All have air-conditioning and are non-smoking.
WiFi and barbecue grills are available.

Kaslo is one of British Columbia’s prettiest villages – set on the shores of Kootenay Lake, the Purcell Mountains tower above and the wide tree-lined streets and stately old houses exude charm.

It is also home to the world’s oldest passenger sternwheeler, the SS Moyie, an international treasure. Berthed at the edge of Kootenay Lake, the sternwheeler rests permanently in her former port of call at 324 Front Street.

The village was built on the wealth created by the silver boom of the late 1800s and the hills surrounding Kaslo are rich in the history of those bygone days. The north arm of Kootenay Lake is richly endowed with a fascinating history and the area has retained many of the heritage sites of the past.

Also in Kaslo, the Langham Hotel, which was saved from demolition in the 1970s, now serves the community as a performance venue, art gallery and artist studios. 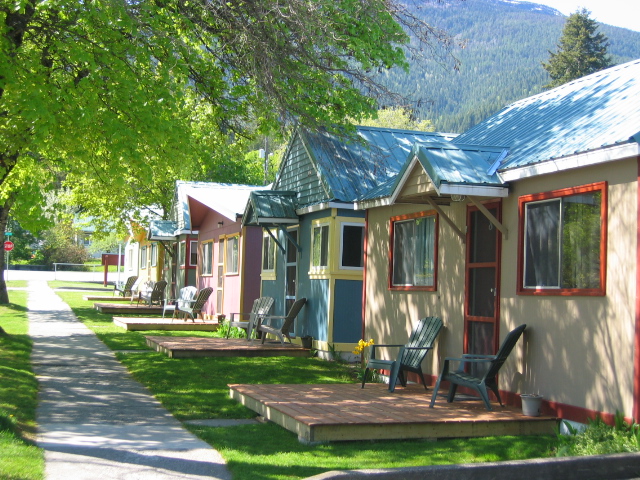 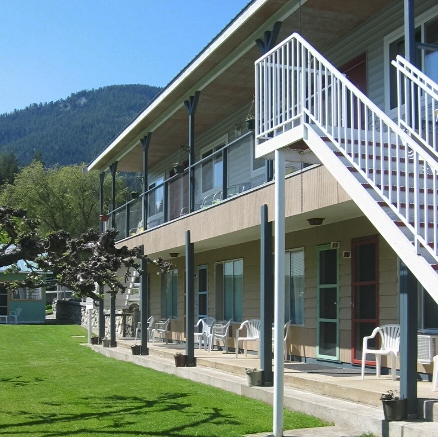 Excellent base for exploring the area.