Pack a camera and a pair of binoculars, and witness the abundant wildlife with site-guides, community events and regional hotspots. This tour is set up to begin on TransCanada Highway #1 at the city of Revelstoke, travels through the Columbia Valley, alongside Kootenay Lake and towards Arrow Lakes. Below are prime birdwatching viewpoints along the way. You may like to experience the complete driving loop or simply visit your favourite community attraction.

Mt. Revelstoke National Park is well-known for its birdwatching opportunities. May and June are the best months for variety; July and August are times to look for high-elevation specialists such as Golden Eagle, Water Pipit and Rosy Finch. Popular viewing areas for several species include Skunk Cabbage Boardwalk Trail, Meadows-in-the-Sky Parkway and the Nels Nelson Historic area.

Revelstoke to Golden is 148 km / 92 mi east on Highway #1.
Located approximately 11 km (7 mi) north of Golden is Moberly Marsh. This wetland – part of the Columbia River matrix of wetland habitat – is a prime viewing area for waterfowl and shorebirds. The best viewing times are spring and fall.

Once you arrive in Golden, travel south on Highway 95.
Reflection Lake is located just south of Golden. Access to this area is easy and you will see a variety of bird species, from waterfowl to shorebirds. There is also a Heron rookery.

Golden to Radium Hot Springs is 106 km / 66 mi south on Highway 95.
The gateway to Kootenay National Park is at the Highway junction 93/95.
The park stretches 104 km (65 mi) alongside Highway 93 and the 1,406 sq acres contain a variety of habitats: alpine, avalanche slopes and dry interior Douglas Fir forest.

A large portion of the park is above timberline (alpine) and can be reached only by hiking. Characteristic birds include White-Tailed Ptarmigan, Water Pipit and Rosy Finch.

The greatest concentration of avalanche slopes are along the west side of the Vermilion River Valley. Species commonly found in the shrubby vegetation include Warbling, Vireo, MacGillivray’s and Wilson’s Warbler, and Chipping, White-crowned & Lincoln’s Sparrows. Species frequently found in the wooded edges include Olive-sided Flycatcher, Varied & Hermit Thrush, Kinglet, Warbler, Tanger, Junco and Fox Sparrow.

The Columbia Wetlands stretch along the Columbia Valley floor between Golden and Canal Flats; Highway 93/95.

It is one of the largest continuous marshes in North America. The area supports hundreds of species of birds. One of the best viewing areas is near Brisco. Another prime viewing area is Parson, for all manner of birds from raptors to songbirds to shorebirds to waterfowl.

Every year in May, the Wings Over the Rockies Bird Festival, takes place in the communities of Invermere, and Radium Hot Springs. The event offers special guests, workshops, field trips, interpretive walks, tours, hikes and much more. You will discover the world of birds and their ecosystems.

The Wilmer National Wildlife area is located approximately 5 km north of Invermere. The wildlife area is composed mainly of bottom land marshes and ponds, and the vegetation ranges from willows and cottonwoods to Douglas Fir. A good way to visit the area is by canoe – check the Kootenay Backroad Mapbook)- for put in and also road access to a lookout. In spring and summer, the vantage point provides good views of nesting Red-necked Grebe, Great Blue Heron, Wood Duck, Osprey and Bald Eagle. A great variety of waterfowl can be seen here during migration; March is the best month for observing Tundra Swan. Some birds of interest in areas away from the water include Blue Grouse, Northern Pygmy-Owl and Lewis Woodpecker.

Invermere’s James Chabot Provincial Park, offers a variety of birds, although, the big draw here is the wide variety (over 40 species) of dragonflies.

Travel south on Highway 93/95 towards Cranbrook.
Invermere to Wasa is 92 km / 57 mi.
Turn east towards Wasa, and Fort Steele to remain on Highway 93/95.
This section of highway travels through a marshy area. This is a great place to see all manner of birds. In particular, the area is known for its large migratory birds such as Canada Geese, Great Blue Herons, Ospreys and eagles.

Also, just north of Fort Steele, is an area named Bummer’s Flat, also known as Doran’s Marsh. This area is one of the prime stopovers for waterfowl returning in the spring. A series of dyke trails provide access to the area.

Elizabeth Lake Wildlife Sanctuary is located at the southwest end of Cranbrook. Listen to songs of the many native songbirds. Pick up a self-guided map at the Visitor Centre. Elizabeth Lake is one of only two known locations in Canada for the Dione Copper Butterfly.

Cranbrook to Creston is 106 km / 66 mi south on Highway 3/95.
The Kootenay-Columbia Discovery Centre is located 11 km (7 mi) west of Creston, off Highway 3 and is situated on a Pacific Flyway; a route followed by massive numbers of migratory birds such as the Tundra Swans and Greater White-fronted Geese. Walk the trails, check out the exhibits at the Visitor Centre and take an interpretive tour of the wetlands in a voyageur canoe. This lush wetland habitat stretches 17,000 acres from the southeast tip of Kootenay Lake to the U.S. border. An estimated 300 species of birds make this area their home; birdwatchers marvel at the 6 species of grebes, large numbers of Great Blue Herons, the rare Forster’s Terns – which breed nowhere else in BC – and a thriving Osprey population.

Early in May, the Creston Valley also host its Bird Festival. This event will celebrate this avian diversity in an environmentally sensitive manner, inviting residents and visitors to expand their birding interests.

The Centre also offers a Wildlife Checklist brochure which includes about 200 different birds. Naturalists are on-site May to October. The CVWMA is designated as an internationally significant wetland (Ramsar Site) and is recognized as an Important Bird Area by Birdlife International, because it regularly supports over 100,000 water birds during migration period.

Enjoy the beautiful free ferry ride across Kootenay Lake.
Upon disembarking the ferry, at Balfour, drive north on Highway 31 towards the northerly tip of Kootenay Lake. The Duncan-Lardeau Flats are found along the river connecting Duncan Lake with Kootenay Lake – these flats are home to numerous songbirds in the spring and summer.

You will have to retrace the route a bit by travelling south on Highway 31 again. If you are camping, Davis Creek, and Lost-Ledge, Provincial Parks are lovely campgrounds with waterfront sites. Once back at the village of Kaslo, head west on Highway 31A if you’d like to complete the circle route by finishing at Revelstoke.

References:
The Backroad Mapbooks, publ. by Mussio Ventures.
Where to Find Birds in BC, by David M Mark, Kestrel Press.
BirdAbility Week
BCBirdTrail.ca 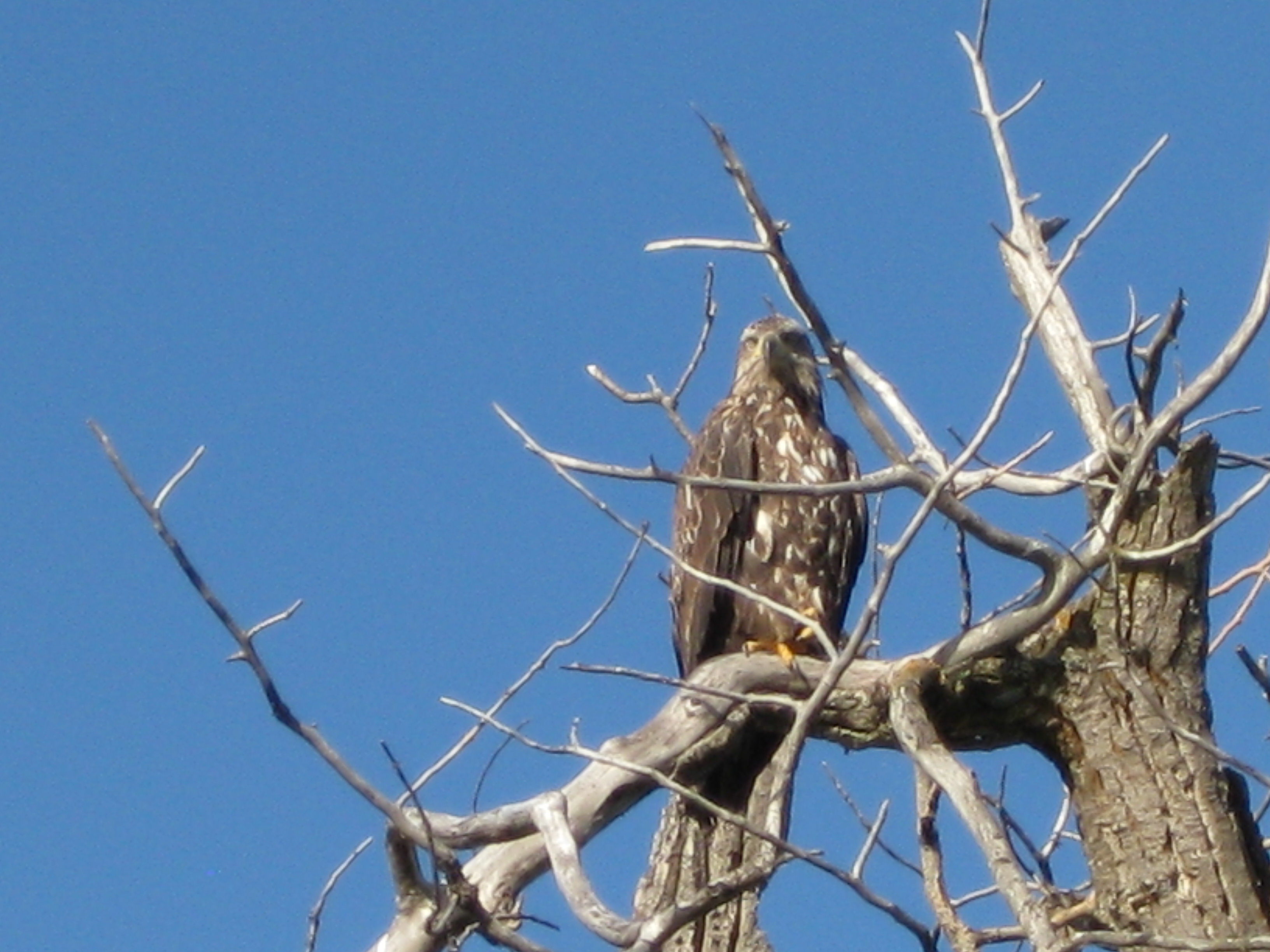 Learn about the wildlife of the valley. 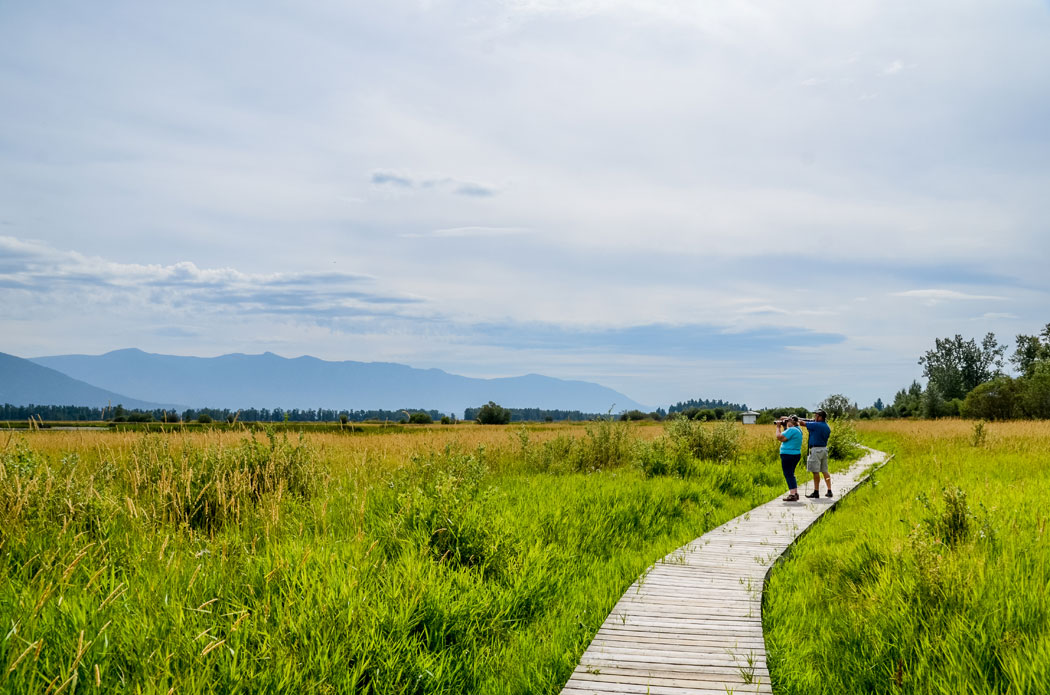 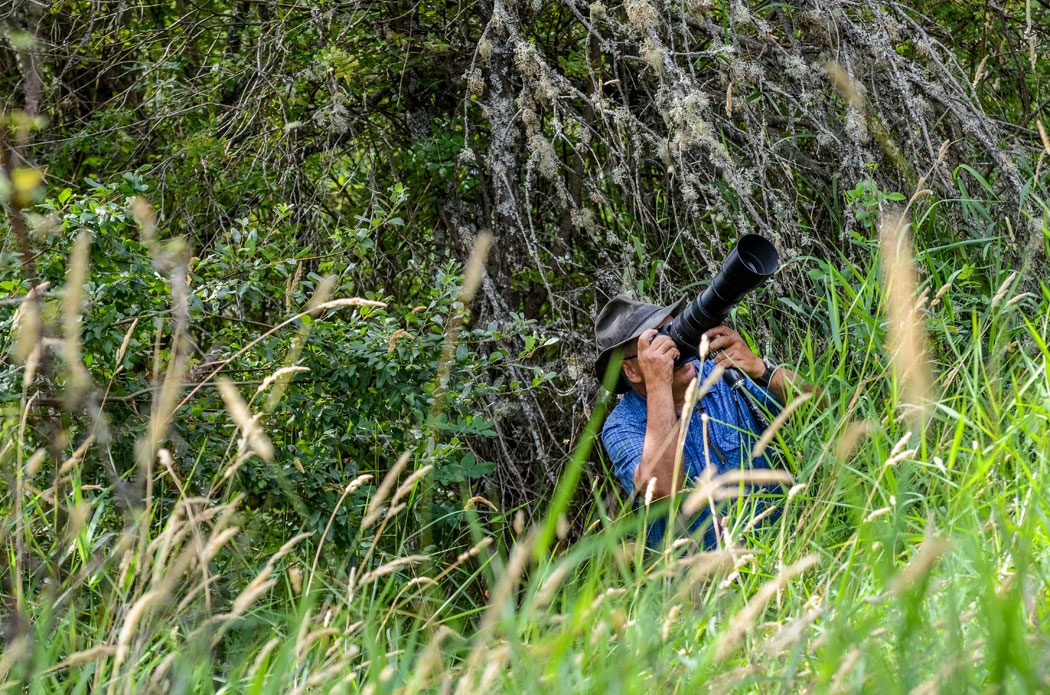